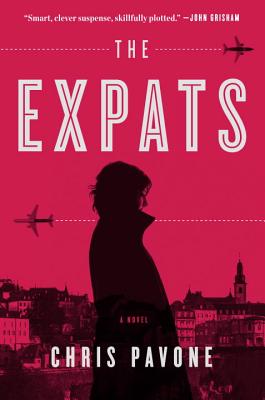 “Kate Moore is a former CIA agent who gradually comes to find that her husband is operating in just as big a shadow world as the one she formally inhabited. As the story of fraud, theft, and chicanery plays out across Europe, the reader is immersed in a style of thriller reminiscent of Eric Ambler, Graham Greene, and John le Carre. There is a level of intelligence here rarely found in genre fiction, and it marks a major debut.”
— Bill Cusumano, Nicola's Books, Ann Arbor, MI
View the List

The international thriller that Patricia Cornwell says is “bristling with suspense” about an American abroad who finds herself in complex web of intrigue.

Can We Ever Escape Our Secrets?

Kate Moore is a working mother, struggling to make ends meet, to raise children, to keep a spark in her marriage . . . and to maintain an increasingly unbearable life-defining secret. So when her husband is offered a lucrative job in Luxembourg, she jumps at the chance to leave behind her double-life, to start anew.
She begins to reinvent herself as an expat, finding her way in a language she doesn’t speak, doing the housewifely things she’s never before done—playdates and coffee mornings, daily cooking and never-ending laundry. Meanwhile, her husband works incessantly, at a job Kate has never understood, for a banking client she’s not allowed to know. He’s becoming distant and evasive; she’s getting lonely and bored.
Then another American couple arrives. Kate soon becomes suspicious that these people are not who they say they are, and she’s terrified that her own past is catching up to her. So Kate begins to dig, to peel back the layers of deception that surround her. She discovers fake offices and shell corporations and a hidden gun, a mysterious farmhouse and numbered accounts with bewildering sums of money, and finally unravels the mind-boggling long-play con that threatens her family, her marriage, and her life.
Stylish and sophisticated, fiercely intelligent and expertly crafted, The Expats proves Chris Pavone to be a writer of tremendous talent.

Praise For The Expats: A Novel…

“Expertly and intricately plotted, with a story spiraling into disaster and a satisfyingly huge amount of double-crossing, The Expats certainly doesn’t feel like a first novel.  This is an impressively assured entry to the thriller scene.” —The Guardian (London)

“Riveting.  One of the most accomplished debuts of recent years: not just a worthy addition to the literature of espionage and betrayal, but a fine portrait of a marriage disintegrating under the pressure of secrets and lies.” —John Connolly

Chris Pavone grew up in Brooklyn and graduated from Cornell. For nearly two decades he was a book editor and ghostwriter; he is also the author of The Wine Log. Chris and his family have lived in Luxembourg, but recently returned to New York City. The Expats is his first novel.