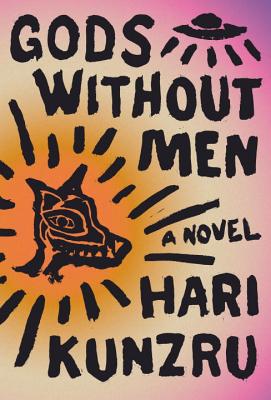 In the desert, you see, there is everything and nothing . . . It is God without men.
—Honoré de Balzac, Une passion dans le désert, 1830

Jaz and Lisa Matharu are plunged into a surreal public hell after their son, Raj, vanishes during a family vacation in the California desert. However, the Mojave is a place of strange power, and before Raj reappears inexplicably unharmed—but not unchanged—the fate of this young family will intersect with that of many others, echoing the stories of all those who have traveled before them.

Driven by the energy and cunning of Coyote, the mythic, shape-shifting trickster, Gods Without Men is full of big ideas, but centered on flesh-and-blood characters who converge at an odd, remote town in the shadow of a rock formation called the Pinnacles. Viscerally gripping and intellectually engaging, it is, above all, a heartfelt exploration of the search for pattern and meaning in a chaotic universe.


Praise For Gods Without Men…

"A reflection and an embodiment of our new world of flattened time and space. . . . Gorgeous and wise." —Douglas Coupland, The New York Times Book Review

“A gripping thriller . . . Kunzru uses his extraordinary gifts as a storyteller—his brightly textured prose, his empathetic understanding of his characters, his narrative flair—to turn a tabloidy tale into a genuinely moving portrait of a marriage and the difficulties of parenthood.” —Michiko Kakutani, The New York Times

“Kunzru is wise beyond his years, [a] novelist in superb command of his craft. . . . In his dazzling new novel, a desert is the setting, hero and villain. . . . Here is where the walking wounded come to pray to Yahweh, Allah, Vishnu, Coyote, the Brothers of Light. Here are cynical veterans from WWII, hard-bitten GIs fresh from Iraq, randy communards, washed-up bankers, wasted groupies. Here is death, sex, and rock-and-roll.” —Marie Arana, The Washington Post

“A stunning achievement. . . . Gods Without Men will undoubtedly prove to be one of the most important works of fiction published this year.” —Darren Richard Carlaw, The New York Journal of Books

“Kunzru weaves an array of competing stories, turning the novel into a kaleidoscope of clashing perspectives. . . . Gods Without Men stands out as a courageous attempt to engage with the complexities of faith and doubt in our postmodern world.” —James Miller, The New York Observer

“Mind-bending… [a] thrill ride of a novel about searching for truth.” —Michele Filgate, O, The Oprah Magazine

“The prose is beautiful, every character is fully developed… Through devotion to careful diction and seamless fluctuation between a dozen different writing voices, Kunzru’s novel shines as brightly as the desert’s setting sun” —Christine A. Hurd, The Harvard Crimson

“Sometimes dizzying, sometimes puzzling, always enjoyable, Gods Without Men is one of the best novels of the year.” —The Daily Telegraph

“The literary skills of Hari Kunzru are evident throughout this complex and disturbing novel.” —Annie Proulx, Financial Times

“A countercultural mind-expanding quest . . . As a virtuoso performance, changing gears and styles every 20 pages or so, encompassing 18th-century friars and Hoxton hipsters, it will appeal to fans of David Mitchell’s Cloud Atlas . . . Extraordinary.” —The Guardian

Hari Kunzru is the author of the novels "The Impressionist, Transmission, "and" My Revolutions, " and is the recipient of the Somerset Maugham Award, the Betty Trask Prize from the Society of Authors, a British Book Award, and the Pushcart Prize. "Granta "has named him one of its twenty best young British novelists, and he was a Fellow at the New York Public Library's Cullman Center for Scholars and Writers. His work has been translated into twenty-one languages, and his short stories and journalism have appeared in "The New York Times, The Guardian, The New Yorker, "the" London Review of Books, Wired, "and the" New Statesman. "He lives in New York City.