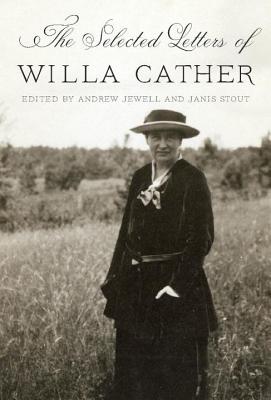 The Selected Letters of Willa Cather

This first publication of the letters of one of America's most consistently admired writers is both an exciting and a significant literary event. Willa Cather, wanting to be judged on her work alone, clearly forbade the publication of her letters in her will. But now, more than sixty-five years after her death, with her literary reputation as secure as a reputation can be, the letters have become available for publication.
The 566 letters collected here, nearly 20 percent of the total, range from the funny (and mostly misspelled) reports of life in Red Cloud in the 1880s that Cather wrote as a teenager, through those from her college years at the University of Nebraska, her time as a journalist in Pittsburgh and New York, and during her growing eminence as a novelist. Postcards and letters describe her many travels around the United States and abroad, and they record her last years in the 1940s, when the loss of loved ones and the disasters of World War II brought her near to despair. Written to family and close friends and to such luminaries as Sarah Orne Jewett, Robert Frost, Yehudi Menuhin, Sinclair Lewis, and the president of Czechoslovakia, Thomas Masaryk, they reveal her in her daily life as a woman and writer passionately interested in people, literature, and the arts in general.
The voice heard in these letters is one we already know from her fiction: confident, elegant, detailed, openhearted, concerned with profound ideas, but also at times funny, sentimental, and sarcastic. Unfiltered as only intimate communication can be, they are also full of small fibs, emotional outbursts, inconsistencies, and the joys and sorrows of the moment. "The Selected Letters" is a deep pleasure to read and to ponder, sure to appeal to those with a special devotion to Cather as well as to those just making her acquaintance.


Praise For The Selected Letters of Willa Cather…

“This prodigious editorial feat gives readers a glimpse for the first time into the mind of the Pulitzer Prize-winning author of O Pioneers! . . .  Throughout, Cather emerges as a humorous, profound, and difficult personality whose cosmopolitan life and commitment to crafting a successful public persona should challenge mis-conceptions.”—Publishers Weekly, Pick of the Week, starred review

“By turns effusive, despairing, mischievous, vain, and bighearted, Selected Letters unfolds like an epistolary autobiography, teeming with rich period detail and the savvy observations of a complicated artist at the height of her powers.”—Hamilton Cain, O Magazine

“A revealing, even revelatory collection of correspondence from Willa Cather . . . A splendidly edited, generous gift to lovers of Cather and American literature.”—Kirkus Reviews, starred review

“The editors maintain a fine balance, providing useful illustrative material, but knowing, too, when to fall silent and let Cather speak for herself. And speak she does, in a voice that’s alternately eloquent, determined, respectful, erudite, affectionate and wise—and sometimes cantankerous and cranky. Combined the letters compose a portrait of an artist, a woman who crafted some of the finest fiction of the 20th century. A writer to read—and never neglect.”—Dan Dyer, The Cleveland Plain Dealer

“If Selected Letters tells us something profound about Cather, it is this: She was too active, too interesting and too alive to keep herself a secret forever. It has always been inevitable that, one day, one way or another, this would be proven in Cather’s own words.”—Craig Chandler, The Daily News

"Jewell and Stout have performed a valuable service with this book, from which Cather emerges as a strong and vivid presence, a woman at once surprisingly modern and touchingly--if not always sweetly--old-fashioned. . . . As a pure prose stylist, she ranks with Hemingway; as a self-made American artist and feminist pioneer, she traveled a far greater distance--from tiny Red Cloud to Manhattan--than Fitzgerald did when he made the leap from middle-class St. Paul to Princeton. These letters bring her fuzzy image into much sharper focus, and for that we owe Jewell and Stout a debt of gratitude."--Tom Perrotta, Front cover, New York Times Book Review

Janis Stout is the author of nine scholarly books, including "Willa Cather: The Writer and Her World" and two books about Katherine Anne Porter. She has also edited two volumes on Cather and written a memoir about retirement, "This Last House."