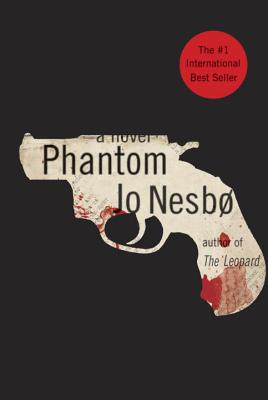 
“The Oslo depiction adds a contemporary heft to Phantom that expands Nesbø’s reach . . . Suggests more than a few parallels to the great television series ‘The Wire’; perhaps it is one master’s nod to another.” —Boston Globe


“Nesbø’s true subject is the deterioration of the social fabric that has made Oslo such a civilized place.” —New York Times Book Review


“A compulsive page-turner . . . [Phantom] is expertly plotted and structured, with all the requisite twists and turns to keep the reader guessing. The latter half of the book is also relentlessly paced, reading at times like a Scandinavian police version of the Jason Bourne series.” —The Independent on Sunday (UK)

JO NESBo is a musician, songwriter, economist, and author. He has won the Glass Key Award for best Nordic crime novel. His other Harry Hole novels include "The Redbreast, Nemesis, The Devil's Star, The Snowman, " and "The Leopard." He lives in Oslo. Translated from the Norwegian by Don Bartlett.
Loading...
or
Not Currently Available for Direct Purchase