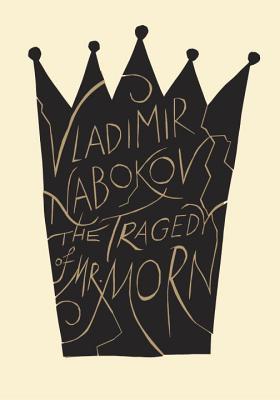 The Tragedy of Mister Morn

For the first time in English, Vladimir Nabokov’s earliest major work, written when he was only twenty-four: his only full-length play, introduced by Thomas Karshan and beautifully translated by Karshan and Anastasia Tolstoy.

The Tragedy of Mister Morn was written in the winter of 1923­­–1924, when Nabokov was completely unknown. The five-act play—the story of an incognito king whose love for the wife of a banished revolutionary brings on the chaos the king has fought to prevent—was never published in Nabokov’s lifetime and lay in manuscript until it appeared in a Russian literary journal in 1997. It is an astonishingly precocious work, in exquisite verse, touching for the first time on what would become this great writer’s major themes: intense sexual desire and jealousy, the elusiveness of happiness, the power of the imagination, and the eternal battle between truth and fantasy. The play is Nabokov’s major response to the Russian Revolution, which he had lived through, but it approaches the events of 1917 above all through the prism of Shakespearean tragedy.


Praise For The Tragedy of Mister Morn…

“An extraordinary confection of a play about happiness and its enemies. . . . Mister Morn pulses with verbal brilliance. . . . It puts us in the head of eternal Nabokov.” —Times Literary Supplement (London)

“A road map to what this dazzling sorcerer of words would later create.” —New York Times

“Its speeches are bright with Nabokovian gems. . . . Mister Morn [is] enticingly predictive of Nabokov’s great work. The flutter of magic, the avuncular twinkle, the B-movie danger—it’s all here.” —The New Yorker

“If the unfinished novel The Original of Laura revealed to the world the last embers of Nabokov’s genius, The Tragedy of Mister Morn shows the first sparks of brilliance that would evolve in later works such as Pale Fire. But . . . Morn also shows that instead of just hiding historical material, Nabokov utterly transforms it through the prism of theater.” —Los Angeles Review of Books

“A whimsical, largely allegorical tragicomedy. . . . As in much of Nabokov, love is both necessary and impossible, a delicious and inescapable torture. . . . Nabokov explores more fully and explicitly than he ever would again what he saw as the origins of the revolutionary impulse in a death-instinct and passion for destruction.” —The New Republic

“Contains swerving turns of phrase and ringing contrasts that hint at the glorious writing of the mature Nabokov. . . . The story of revolt for revolt’s sake is powerful, and the play’s strength is how it dramatizes this excruciating truth.” —Booklist

“A kind of primer to Nabokov’s later work, an index of the motifs and preoccupations that will surface again and again: the elusiveness of happiness, the beauty of the world, the stubborn fact of death, the transformative possibilities of art, and the blurring of reality and make-believe. . . . Loss and death are the two electrical currents that run beneath his polished, magical prose, and those themes—as well as the subject of revolution and its consequences—are the animating forces behind his first major work.” —New York Times

“The dynamism of the play’s romantic relationships makes it a firmly modernist work. . . . An intriguing riff on Elizabethan drama.” —Kirkus Reviews
“A gem. The imagery is stunning, metaphor opening out of metaphor. . . . It is visionary and musical. . . . In theme and texture it gives little sense of being early work. With a text whose lexicon seems to contain so many of the novels to come, from Bend Sinister to Laughter in the Dark and Transparent Things, it puts us in the head of eternal Nabokov.” —Times Literary Supplement (London)

Vladimir Nabokov studied French and Russian literature at Trinity College, Cambridge, then lived in Berlin and Paris, writing prolifically in Russian under the pseudonym Sirin. In 1940, he left France for the United States, where he wrote some of his greatest works--"Bend Sinister" (1947), " Lolita" (1955), "Pnin "(1957), and "Pale Fire" (1962)--and translated his earlier Russian novels into English. He taught at Wellesley, Harvard, and Cornell. He died in Montreux, Switzerland, in 1977.

Thomas Karshan is the author of "Vladimir Nabokov and the Art of Play" and editor of Nabokov's "Selected Poems." Previously a research fellow at Christ Church, Oxford, and Queen Mary, University of London, he is now a lecturer in literature at the University of East Anglia.

Anastasia Tolstoy is a Ph.D. candidate at the University of Oxford, where she is writing a thesis on Nabokov. She is the great-great-great-granddaughter of Leo Tolstoy.
Loading...
or
Not Currently Available for Direct Purchase