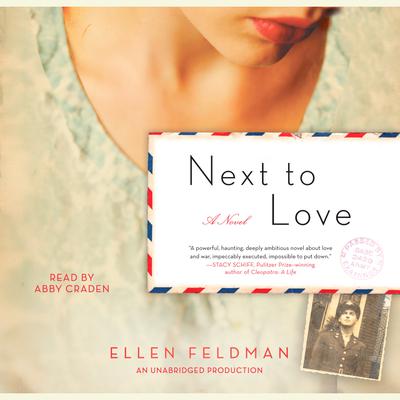 Next to Love (Digital Audiobook)

Set in a small town in Massachusetts, Next to Love follows three childhood friends, Babe, Millie, and Grace, whose lives are unmoored when their men are called to duty. And yet the changes that are thrust upon them move them in directions they never dreamed possible—while their husbands and boyfriends are enduring their own transformations. In the decades that follow, the three friends lose their innocence, struggle to raise their children, and find meaning and love in unexpected places. And as they change, so does America—from a country in which people know their place in the social hierarchy to a world in which feminism, the Civil Rights movement, and technological innovations present new possibilities—and uncertainties. And yet Babe, Millie, and Grace remain bonded by their past, even as their children grow up and away and a new society rises from the ashes of the war.

Beautifully crafted and unforgettable, Next to Love depicts the enduring power of love and friendship, and illuminates a transformational moment in American history.

Ellen Feldman, a 2009 Guggenheim fellow, is the author of Scottsboro, which was shortlisted for the Orange Prize, The Boy Who Loved Anne Frank, and Lucy.  She lives in New York City.