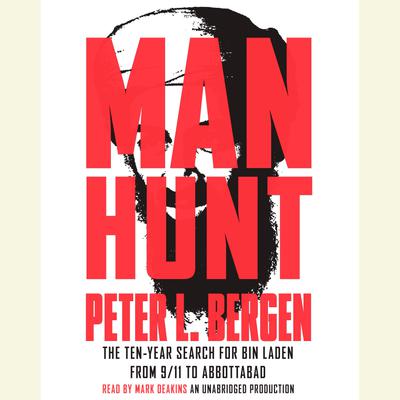 From the author of the New York Times bestselling Holy War, Inc., this is the definitive account of the decade-long manhunt that killed the world’s most wanted man, Osama bin Laden.

Al Qaeda expert and CNN national security analyst Peter Bergen paints a multidimensional picture of the hunt for bin Laden over the past decade, including the operation that killed him. Other key elements of the book will include:

An analysis of what the death of OBL means for al Qaeda, and for Obama’s legacy.

Just as Too Big to Fail captured, in riveting detail, the anatomy of this decade’s financial disaster, so too is Manhunt one of the key stories of this decade: the authoritative, immersive account of the operation that killed the man who organized the largest mass murder in American history.

PETER BERGEN is a National Security Analyst for CNN and the author of three previous books about Al Qaeda and the war on terrorism, including Holy War Inc., a New York Times bestseller that has been translated into eighteen languages. Bergen is the director of the national security studies program at the New America Foundation, a research fellow at NYU's Center on Law and Security, and has taught at Harvard University's Kennedy School of Government, and at Johns Hopkins University.