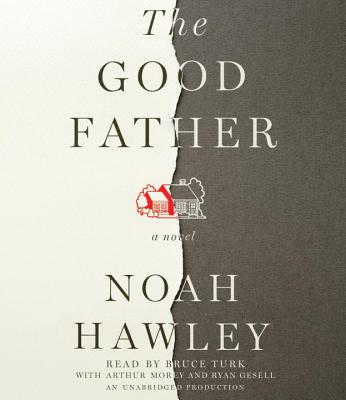 An intense, psychological novel about one doctor's suspense-filled quest to unlock the mind of a suspected political assassin: his twenty-year old son.

Praise For The Good Father…

Praise for THE GOOD FATHER:

“The father of a man who assassinates a presidential candidate tries to make sense of his son’s crime in Hawley’s gripping new novel…With great skill, Hawley renders Dr. Allen’s treacherous emotional geography, from his shock and guilt to his growing sense that he knows far less about his son than he thought…Hawley’s complicated protagonist is a fully fathomed and beautifully realized character whose emotional growth never slows a narrative that races toward a satisfying and touching conclusion.”
--Publishers Weekly, starred review

“The Good Father is hypnotic and haunting and I lost all track of time when I was reading it. Suddenly the day had become night and still I was engrossed in one father’s poignant story and Noah Hawley’s mesmeric tales of a long litany of assassins.”
--Chris Bohjalian, author of The Night Strangers, The Double Bind, and Secrets of Eden

“Brilliant and heartbreaking, The Good Father is a thriller, a mystery and above all else a savagely contemporary, hugely important story about the relationship between a father and the boy he left behind in his first, failed marriage. This is a rare and important book, and it will haunt the reader for a long time. It is impossible to read the final pages without weeping, and hard to read any of it without taking a long hard look at your own life, and the damage we do when we dare to love, or let love slip away.”
--Tony Parsons, author of Man and Boy

"This book pulls off something close to impossible.  It's both a thriller and a moving, literary novel.  A tender father/son story I couldn't put down, a page-turner with depth."
— Stephen Elliott, author of The Adderall Diaries

NOAH HAWLEY is an author, screenwriter, and producer. He has published three previous novels, conceived and run two network television shows, and written one feature film. Before creating his own shows, he was a writer and producer for the hit show "Bones" on FOX. He currently splits his time between Los Angeles and Austin, Texas, where he lives with his wife and daughter.
Loading...
or
Not Currently Available for Direct Purchase