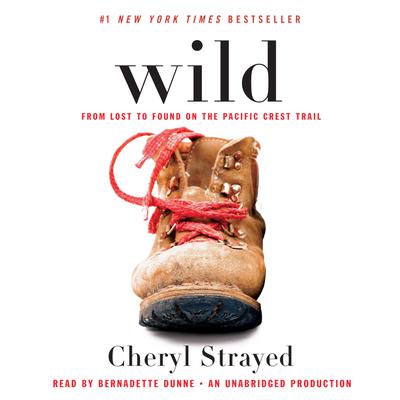 From Lost to Found on the Pacific Crest Trail

“The inspiring story of Strayed's solo journey on the Pacific Crest Trail snags you from the beginning and keeps you engaged the whole way through. It was a bold move considering that she had no backpacking experience prior to her trip, but in the years following her mother's death and the subsequent dissolution of her family, Strayed was no stranger to bold moves. The challenges, both external and internal, that she endures while on the trail are balanced with stories about her life leading up to her brave decision to hike alone for months in the rugged Western wilderness. This is a story of survival in every sense of the word, and one that will stick with you long after you finish reading.”
— Deborah Castorina, Waucoma Bookstore, Hood River, OR
View the List

A powerful, blazingly honest memoir: the story of an eleven-hundred-mile solo hike that broke down a young woman reeling from catastrophe—and built her back up again.

At twenty-two, Cheryl Strayed thought she had lost everything. In the wake of her mother's death, her family scattered and her own marriage was soon destroyed. Four years later, with nothing more to lose, she made the most impulsive decision of her life: to hike the Pacific Crest Trail from the Mojave Desert through California and Oregon to Washington State—and to do it alone. She had no experience as a long-distance hiker, and the trail was little more than “an idea, vague and outlandish and full of promise.” But it was a promise of piecing back together a life that had come undone.

Strayed faces down rattlesnakes and black bears, intense heat and record snowfalls, and both the beauty and loneliness of the trail. Told with great suspense and style, sparkling with warmth and humor, Wild vividly captures the terrors and pleasures of one young woman forging ahead against all odds on a journey that maddened, strengthened, and ultimately healed her.

Cheryl Strayed is the author of the critically acclaimed novel Torch. Her stories and essays have been published in The New York Times Magazine, The Washington Post Magazine, Allure, The Rumpus, The Missouri Review, The Sun, The Best American Essays, and elsewhere. She lives in Portland, Oregon.