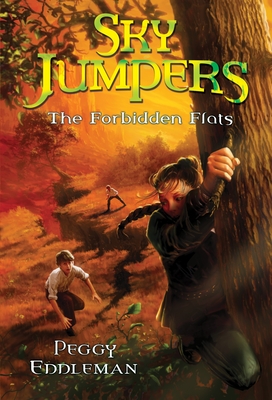 Twelve-year-old Hope has always felt a little different from everyone else who lives in White Rock. She tries hard, but she doesn’t always think before she acts. She takes big risks. Sometimes her risks pay off, but sometimes they fail. Sometimes she fails.

Hope knows that the most dangerous thing about living in White Rock is that it’s so close to the deadly Bomb’s Breath—the invisible, fifteen-foot-thick band of compressed air that’s hovered over the earth since the Green Bombs of World War III. The citizens of White Rock live in fear of the Bomb’s Breath. Only Hope has figured out a way to go through it—and lived to tell the tale.

But when a massive tremor rips across the earth, the Bomb’s Breath begins to lower over White Rock. It’s up to Hope and her friends Brock and Aaren to make the dangerous journey far from home, across the bandit-ridden Forbidden Flats to the wilds of the Rocky Mountains, and obtain the one thing that may be able to stop it—before the Bomb’s Breath sinks too far and destroys them all. This time, Hope can’t fail.

PEGGY EDDLEMAN was born the third of six kids (but she wasn't the middle child. She was the oldest girl. And that's something entirely different.) In addition to writing, Peggy has worked as a newspaper delivery girl, a laundromat cleaner, a fast food worker, a bank teller, a technical writer for web software, and with fourth graders who struggled with reading, writing, and math. Peggy lives at the foot of the Rocky Mountains in Utah with her husband and their three kids. She enjoys painting, playing games with her family (especially laser tag), and of course, reading. You can visit Peggy online at peggyeddleman.com.
or
Not Currently Available for Direct Purchase
Copyright © 2020 American Booksellers Association