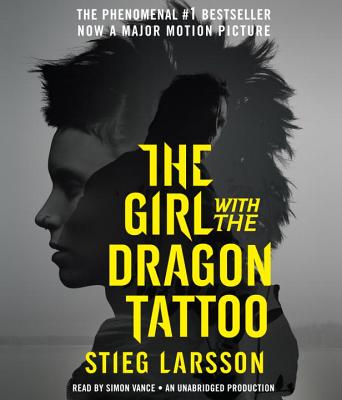 "The Girl in the Spider's Web," the new book in the Millennium Series, is available now
Murder mystery, family saga, love story, and financial intrigue combine into one satisfyingly complex and entertainingly atmospheric novel.
Harriet Vanger, a scion of one of Sweden's wealthiest families disappeared over forty years ago. All these years later, her aged uncle continues to seek the truth. He hires Mikael Blomkvist, a crusading journalist recently trapped by a libel conviction, to investigate. He is aided by the pierced and tattooed punk prodigy Lisbeth Salander. Together they tap into a vein of unfathomable iniquity and astonishing corruption.


“The book lands in the United States as Wall Street sputters and global markets clench, a timely fit to Larsson’s themes of corporate corruption. He tells his crime story cleverly, but the zing in Dragon Tattoo is inked in its two central characters.”
–Cleveland Plain Dealer


“A super-smart amalgam of the corporate corruption tale, legal thriller and dysfunctional-family psychological suspense story. It’s witty and unflinching . . . Larsson’s multi-pieced plot snaps together as neatly as an Ikea bookcase, but even more satisfying is the anti-social character of Salander.”
–Maureen Corrigan, Fresh Air (NPR)

Stieg Larsson, who lived in Sweden, was the editor in chief of the magazine Expo and a leading expert on antidemocratic right-wing extremist and Nazi organizations. He died in 2004, shortly after delivering the manuscript for this and two subsequent novels.
Loading...
or
Not Currently Available for Direct Purchase