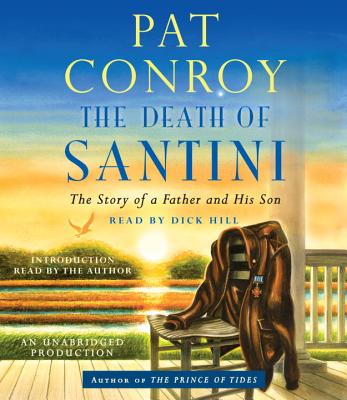 In this powerful and intimate memoir, the beloved bestselling author of "The Prince of Tides" and his father, the inspiration for "The Great Santini," find some common ground at long last.
Pat Conroy's father, Donald Patrick Conroy, was a towering figure in his son's life. The Marine Corps fighter pilot was often brutal, cruel, and violent; as Pat says, I hated my father long before I knew there was an English word for hate. As the oldest of seven children who were dragged from military base to military base across the South, Pat bore witness to the toll his father's behavior took on his siblings, and especially on his mother, Peg. She was Pat's lifeline to a better world that of books and culture. But eventually, despite repeated confrontations with his father, Pat managed to claw his way toward a life he could have only imagined as a child.
Pat's great success as a writer has always been intimately linked with the exploration of his family history. While the publication of "The Great Santini" brought Pat much acclaim, the rift it caused with his father brought even more attention. Their long-simmering conflict burst into the open, fracturing an already battered family. But as Pat tenderly chronicles here, even the oldest of wounds can heal. In the final years of Don Conroy's life, he and his son reached a rapprochement of sorts. Quite unexpectedly, the Santini who had freely doled out physical abuse to his wife and children refocused his ire on those who had turned on Pat over the years. He defended his son's honor.
"The Death of Santini" is at once a heart-wrenching account of personal and family struggle and a poignant lesson in how the ties of blood can both strangle and offer succor. It is an act of reckoning, an exorcism of demons, but one whose ultimate conclusion is that love can soften even the meanest of men, lending significance to one of the most-often quoted lines from Pat's bestselling novel "The Prince of Tides" In families there are no crimes beyond forgiveness.


Praise For The Death of Santini: The Story of a Father and His Son…

Pat Conroy is the author of ten previous books: "The Boo," "The Water Is Wide," "The Great Santini," "The Lords of Discipline," "The Prince of Tides," "Beach Music," "My Losing Season," "The Pat Conroy Cookbook: Recipes of My Life," "South of Broad," and "My Reading Life." He lives in Beaufort, South Carolina.
Loading...
or
Not Currently Available for Direct Purchase