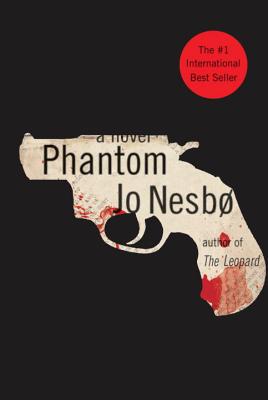 “The Oslo depiction adds a contemporary heft to Phantom that expands Nesbø’s reach . . . Suggests more than a few parallels to the great television series ‘The Wire’; perhaps it is one master’s nod to another.” —Boston Globe

“Nesbø’s true subject is the deterioration of the social fabric that has made Oslo such a civilized place.” —New York Times Book Review

“A compulsive page-turner . . . [Phantom] is expertly plotted and structured, with all the requisite twists and turns to keep the reader guessing. The latter half of the book is also relentlessly paced, reading at times like a Scandinavian police version of the Jason Bourne series.” —The Independent on Sunday (UK)

JO NESBØ is a musician, songwriter, economist, and author. He has won the Glass Key Award for best Nordic crime novel. His other Harry Hole novels include The Redbreast, Nemesis, The Devil's Star, The Snowman, and The Leopard. He lives in Oslo. Translated from the Norwegian by Don Bartlett.
Loading...
or
Not Currently Available for Direct Purchase