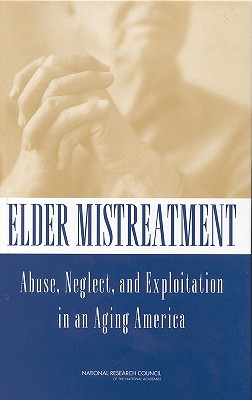 Abuse, Neglect, and Exploitation in an Aging America

Since the late 1970s when Congressman Claude Pepper held widely publicized hearings on the mistreatment of the elderly, policy makers and practitioners have sought ways to protect older Americans from physical, psychological, and financial abuse. Yet, during the last 20 years fewer than 50 articles have addressed the shameful problem that abusers and sometimes the abused themselves want to conceal.

Elder Mistreatment in an Aging America takes a giant step toward broadening our understanding of the mistreatment of the elderly and recommends specific research and funding strategies that can be used to deepen it. The book includes a discussion of the conceptual, methodological, and logistical issues needed to create a solid research base as well as the ethical concerns that must be considered when working with older subjects. It also looks at problems in determination of a report's reliability and the role of physicians, EMTs, and others who are among the first to recognize situations of mistreatment. Elder Mistreatment in an Aging America will be of interest to anyone concerned about the elderly and ways to intervene when abuse is suspected, including family members, caregivers, and advocates for the elderly. It will also be of interest to researchers, research sponsors, and policy makers who need to know how to advance our knowledge of this problem.