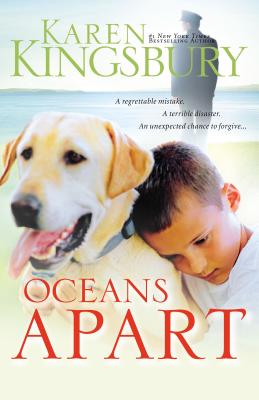 A forgotten secret. A shocking discovery. A sacrifice of love that will bring Connor Evans to his knees.

Airline pilot Connor Evans and his wife, Michele, seem to be the perfect couple living what looks like a perfect life. Then a plane goes down in the Pacific Ocean. One of the casualties is Kiahna Siefert, a flight attendant Connor knew well. Too well. Kiahna's will is very clear: before her seven-year-old son, Max, can be turned over to the state, he must spend the summer with the father he's never met, the father who doesn't know he exists: Connor Evans. Now will the presence of one lonely child and the truth he represents destroy Connor's family? Or is it possible for healing and hope to appear in the shape of a seven-year-old boy?

" Kingsbury's] ability to accurately express life's sorrows and grief through her characters' inner dialogue rings true time and again." --Publishers Weekly on Every Now & Then

"Her emotionally charged novels often contain a strong romantic component and feature Christians at odds with their everyday world. This title is no exception. Recommend this one to readers who enjoy well-drawn characters and contemporary settings." --Library Journal on The Baxters Take Four

New York Times best-selling author Karen Kingsbury is America's favorite inspirational novelist with over 20 million books in print. Her Life-Changing Fiction(TM) has produced multiple best sellers including Unlocked, Leaving, Take One, Between Sundays, Even Now, One Tuesday Morning, Beyond Tuesday Morning, and Ever After, which was named the 2007 Christian Book of the Year. An award-winning author and newly published songwriter, Karen has several movies optioned for production, and her novel Like Dandelion Dust was made into a major motion picture and is now available on DVD. Karen is also a nationally known speaker with several women's groups including Women of Faith. She lives in Tennessee with her husband, Don, and their five sons, three of whom are adopted from Haiti. Their daughter Kelsey is married to Christian artist Kyle Kupecky.
Loading...
or support indie stores by buying on