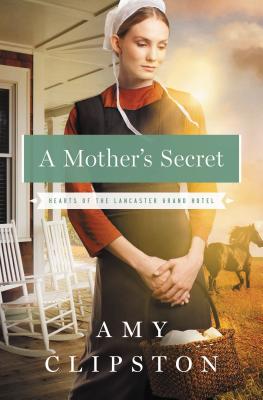 A Mother's Secret (Hearts of the Lancaster Grand Hotel #2)

An unwed Amish woman yearns for real love and a family. The only thing in her way is the shame she's been carrying for half of her life.

Thirty-one-year-old Carolyn Lapp has never been married--but she's been a mother for fifteen years. In a community with strict standards and a long memory, Carolyn knows she might never find a man who will have her and her son, Benjamin.

Carolyn's family tries to marry her off to a widower with a daughter who needs a mother. A marriage of convenience doesn't sound so bad, yet despite her loneliness, Carolyn knows what she really wants: a traditional Amish family and a marriage for love.

When Benjamin gets into trouble at an auction, he finds himself beholden to a handsome horse breeder named Joshua Glick. Joshua and Carolyn feel an instant attraction, and soon a romance is budding between them. The trouble is Joshua believes Benjamin is Carolyn's nephew, not her son.

After years of shame and loneliness, Carolyn suddenly has two men vying for her attention. Can either man give her the family--and the unconditional love--she longs for? Or will her past once again sabotage the future she wants?

Amy Clipston is the award-winning and best-selling author of the Kauffman Amish Bakery series. Her novels have hit multiple best-seller lists including CBD, CBA, and ECPA. Amy holds a degree in communication from Virginia Wesleyan College and works full-time for the City of Charlotte, NC. Amy lives in North Carolina with her husband, two sons, and four spoiled rotten cats. Visit her online at www.amyclipston.com Facebook: AmyClipstonBooks Twitter: @AmyClipston
Loading...
or support indie stores by buying on