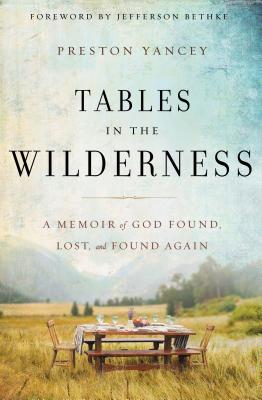 Tables in the Wilderness

A Memoir of God Found, Lost, and Found Again

Preston Yancey arrived at Baylor University in the autumn of 2008 with his life figured out, then slowly each piece of his secure world fell apart: his church, his life of study, his politics, his girlfriend, his best friend, and his God.

It was the loss of God in the midst of all the godly things that would change Preston forever. One day he heard God say, "It's going to be about trust with you," and then God was silent--and God still hasn't spoken. At least, not in the ways Preston used to think were the only ways God spoke. Journey with Preston as he navigates becoming a patchwork of Anglican spirituality and Baptist sensibility, of reckoning with a God who is bigger than the one Preston thought he was worshiping: the God of a common faith, who makes tables in the wilderness, who is found in cathedrals and in forests and in the Eucharist, who speaks in fire and in wind, who is so big, that everything must be God's.