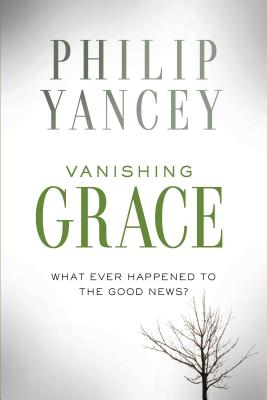 What Ever Happened to the Good News?

"Why does the church stir up such negative feelings?" Philip Yancey has been asking this all his life as a journalist. His perennial question is more relevant now than ever: in a twenty-year span starting in the mid-nineties, research shows that favorable opinions of Christianity have plummeted drastically--and opinions of Evangelicals have taken even deeper dives.

The end of the politics-oriented Evangelicalism that was so dominant in the second half of the 20th century is a strong example that we are living in a post-Christian culture.

Yet while the opinions about Christianity are dropping, interest in spirituality is rising. Why the disconnect? Why are so many asking, "What's so good about the "Good News?"

Yancey's writing has focused on the search for honest faith that makes a difference for a world in pain. In his landmark book What's So Amazing about Grace he issued a call for Christians to be as grace-filled in their behavior as they are in declaring their beliefs.

But people inside and outside the church are still thirsty for grace. What the church lacked in its heyday is now exactly what it needs to recover to thrive. Grace can bring together Christianity and our post-Christian culture, inviting outsiders as well as insiders to take a deep second look at why our faith matters and about what could reignite its appeal to future generations.

How can Christians offer grace in a way that is compelling to a jaded society? And how can they make a difference in a world that cries out in need?

Yancey aims this book at Christian readers, showing them how Christians have lost respect, influence, and reputation in a newly post-Christian culture. "Why do they hate us so much?" mystified Americans ask about the rest of the world. A similar question applies to evangelicals in America.

Yancey explores what may have contributed to hostility toward Evangelicals, especially in their mixing of faith and politics instead of embracing more grace-filled ways of presenting the gospel. He offers illuminating stories of how faith can be expressed in ways that disarm even the most cynical critics. Then he explores what is Good News and what is worth preserving in a culture that thinks it has rejected Christian faith.