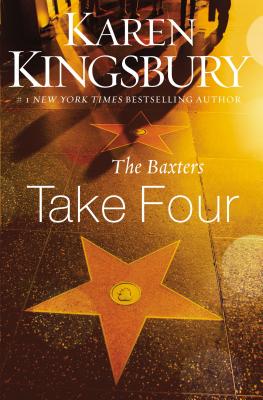 The Baxters Take Four (Above the Line #4)

Are fairytale endings only in the movies?

After Chase Ryan returns to his family and a job in his hometown, his best friend and fellow filmmaker Keith Ellison pairs up with former Hollywood heartthrob Dayne Matthews to finish following the dream--making movies that might change the world. Keith Ellison and Dayne Matthews have finally inked a deal to have the nation's top young actor star in their current film. But at the same time, the actor takes a very public fall that threatens his reputation among his fan base. Meanwhile, healing happens for Andi Ellison in her relationship with God, her family, and those she loves, but is it too late? The new producers find they must truly act as missionaries in order to help save the film, their families, and the young movie star. Breakthroughs take place that the public will never know about, as the possibility of saving the world through film is finally a very real possibility.

New York Times best-selling author Karen Kingsbury is America's favorite inspirational novelist with over 20 million books in print. Her Life-Changing Fiction(TM) has produced multiple best sellers including Unlocked, Leaving, Take One, Between Sundays, Even Now, One Tuesday Morning, Beyond Tuesday Morning, and Ever After, which was named the 2007 Christian Book of the Year. An award-winning author and newly published songwriter, Karen has several movies optioned for production, and her novel Like Dandelion Dust was made into a major motion picture and is now available on DVD. Karen is also a nationally known speaker with several women's groups including Women of Faith. She lives in Tennessee with her husband, Don, and their five sons, three of whom are adopted from Haiti. Their daughter Kelsey is married to Christian artist Kyle Kupecky.
Loading...
or support indie stores by buying on