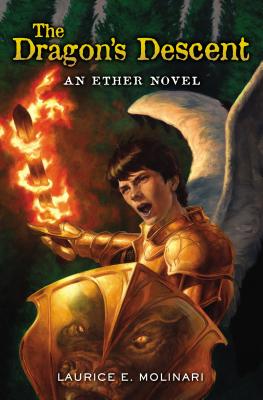 Everything Vero has trained for in the Ether has led to this. In the third and final book of Laurice E. Molinari's Ether series, the young guardian angel Vero is given the quest of locating the Book of Raziel--which was lost when Adam was forced to leave the garden of Eden. And not even Raziel himself knows where the book is now. It soon becomes clear, however, that Lucifer is intent on finding the book for his own means.

When the C.A.N.D.L.E. library in the Ether is missing the information he needs, Vero, his sister, and his best friend, Tack, discover the clues to the book's whereabouts may be right in front of them on Earth--and that Vero's father's new assignment in Sri Lanka may be no coincidence. As their quest begins in earnest, the lines between good and evil begin to blur. Vero will need to use every ounce of his training to take on not only the Devil and his hordes, but also Lilith, who may be lurking closer than anyone thinks.