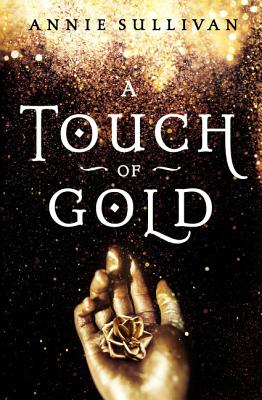 A Touch of Gold

Gold is wealth. Wealth is power. Power is a curse. This captivating fantasy adventure--the untold story of the daughter King Midas turned to gold--will dazzle you with the kind of action, adventure, twists, turns, and a bit of romance to make any fan of magic and mythology greedy for more.

After King Midas's gift--or curse--almost killed his daughter, he relinquished The Touch forever. Ten years later, Princess Kora still bears the consequences of her father's wish: her skin shines golden, rumors follow her everywhere she goes, and she harbors secret powers that are getting harder to hide.

Kora spends her days concealed behind gloves and veils. It isn't until a charming duke arrives that Kora believes she could indeed be loved. But their courtship is disrupted when a thief steals treasures her father needs to survive. Thanks to Kora's unique ability to sense gold, she sails off on her quest to find the missing items.

Magic, mythology, fantasy, and pirate adventures charge through every page as Kora learns that not everything is what it seems--not her companions, not the thieves, and not even Kora herself.

A Touch of Gold: