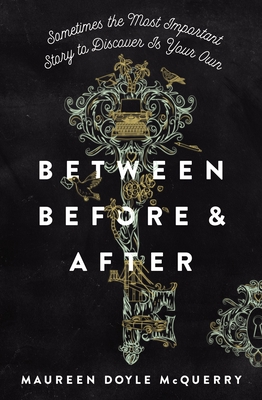 Between Before and After

"The carnage began with the roses. She hacked at their ruffled blooms until they dropped into monstrous drifts of red on the parched yellow lawn ... Only two things kept my mother grounded to us: my uncle Stephen and stories."

Fourteen-year-old Molly worries about school, friends, and her parents' failed marriage, but mostly about her mother's growing depression. Molly knows her mother is nursing a carefully-kept secret. A writer with an obsession for other people's life stories, Elaine Donnelly is the poster child of repressed emotions.

Molly spends her California summer alternately watching out for her little brother Angus and tip-toeing around her mother's raw feelings. Molly needs her mother more than ever, but Elaine shuts herself off from real human connections and buries herself in the lives and deaths of the strangers she writes about. When Uncle Stephen is pressed into the limelight because of his miracle cure of a young man, Elaine can no longer hide behind other people's stories. And as Molly digs into her mother's past, she finds a secret hidden in her mother's dresser that may be the key to unlocking a family mystery dating to 1918 New York--a secret that could destroy or save their future.

Told in dual narratives between 1918 New York City and 1955 San Jose, California, Between Before and After, by award-winning author Maureen McQuerry, explores the nature of family secrets, resiliency, and redemption. This is an historical coming-of-age Young Adult story about the complex bonds between mothers and daughters.