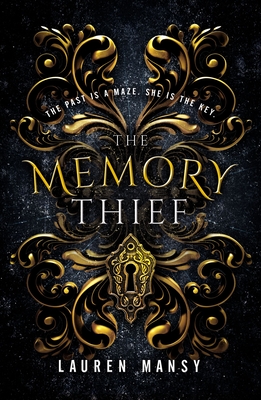 In this immersive and original YA fantasy novel where memories are currency taken and used by the elite, Etta has worked for years to keep her ability to steal memories a secret, hoping to leave her past as a rebel operative against the system behind. But when her mother's memories are placed for auction, Etta must face her past and become a memory thief once more.

Being able to take someone's memories with a simple touch should place Etta Lark in the higher realms of Craewick's society, but it is a society she wants nothing to do with. The power-obsessed ruler, Madame, has created a corrupt culture where the poor are sold and used to further prosper the rich, and any attempts to fight the system are often met with despair. Like when Etta's mistake while part of the protesting Shadows organization left her mother bedridden and in an asylum controlled by Madame herself. But everything changes when Etta gets word Madame wishes to place her "criminal" mother's memories on the auction block to be sold to the highest bidder. Etta will do anything to keep her mother's mind intact, even if it means coming out of hiding and rejoining the Shadows, who need her powers to complete a dangerous memory heist that could overturn the social structure.

As she faces startling attacks, an unexpected romance, and a conspiracy that changes everything she knew about herself and her world, Etta is left with one question: In a place where nothing is what is seems, can she ever become more than a gifted thief?