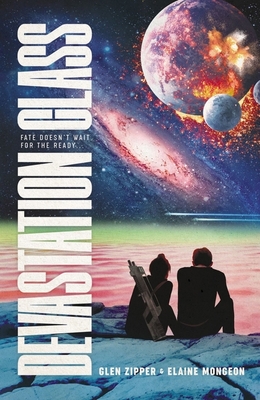 An annihilation force of invading aliens. Human civilization on the brink of extinction. Earth's only hope--seven cadets and the legendary starship they were never meant to command. No matter the cost, they will stop at nothing to survive. No matter the odds, they will fight to save their future.

The distant future. Earth's Alliance forces have emerged victorious from a brutal nine-year war with the mysterious Kastazi--a vicious, highly advanced alien race. In the dawn of a new peace, the Alliance Devastation Class starship California embarks on a mission of science and learning with a skeleton crew of seasoned officers, civilian students, and inexperienced military cadets in tow.

For JD Marshall and Viv Nixon, gifted cadets and best friends, the mission holds special meaning: It offers an opportunity to prove themselves and begin to escape the long shadows of their legendary war hero parents.

Suddenly ambushed by a second wave of invading Kastazi forces, JD and Viv make the impossible decision to spearhead a mutiny to save the California and everyone on it. In command and quickly out of options, they are forced to activate the ship's prototype Blink Reactor--an experimental technology they expect to send them to the safe, distant reaches of space. When their escape transports them to a reality they don't recognize and reveals unimaginably terrifying secrets, they must fight their way home to save not just everyone they love but also humanity itself. Standing in their way are an insurmountable enemy, saboteurs from within, a mystery eons in the making, and the fabric of time and space itself.