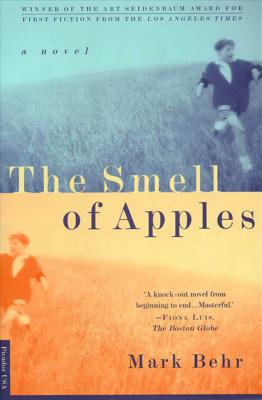 The Smell of Apples

Set in the bitter twilight of apartheid in South Africa in the 1970s, The Smell of Apples is a haunting story narrated by eleven-year-old Marnus Erasmus, who records the social turmoil and racial oppression that are destroying his own land. Using his family as a microcosm of the corroding society at large, Marnus tells a troubling tale of a childhood corrupted, of unexpected sexual defilements, and of an innocence gone astray.


Praise For The Smell of Apples: A Novel…

“Mark Behr has created a portrait of Afrikaner society in the mid 1970s as vivid and powerful as it is chilling.” —Claire Messud, The Washington Post Book World

“This is, quite simply, an extraordinary book.” —Jean Patteson, Orlando Sentinel

Mark Behr was born in Tanzania in 1963, and moved as a child to South Africa. He was educated in South Africa, Norway, and the United States. The Smell of Apples won South Africa's biggest literary prize, the M-Net Award, The Eugene Marais Award, and the CNA Debut Literary Award. It also received the Betty Trask Award for the best first novel published in the United Kingdom, and was shortlisted for both the Steinbeck and Guardian Literary Awards.