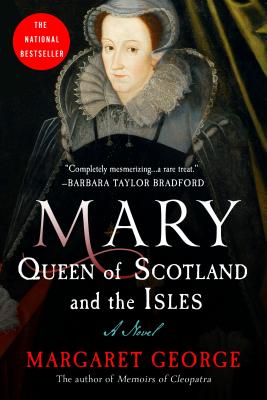 Mary Queen of Scotland and The Isles

She was a child crowned a queen....
A sinner hailed as a saint....
A lover denounced as a whore...
A woman murdered for her dreams...

Margaret George's Mary Queen of Scotland and the Isles brings to life the fascinating story of Mary, who became the Queen of Scots when she was only six days old. Raised in the glittering French court, returning to Scotland to rule as a Catholic monarch over a newly Protestant country, and executed like a criminal in Queen Elizabeth's England, Queen Mary lived a life like no other, and Margaret George weaves the facts into a stunning work of historical fiction.

"With a seamless use of original letters, diaries, and poems: a popular, readable, inordinately moving tribute to a remarkable queen." -- Kirkus Reviews


Praise For Mary Queen of Scotland and The Isles: A Novel…

“The best kind of historical novel, one the reader can't wait to get lost in.” —San Francisco Chronicle

“Dramatic...Romantic...George makes Mary a heroine to identify with because of her spirit, wit and charm...A triumph.” —Houston Chronicle