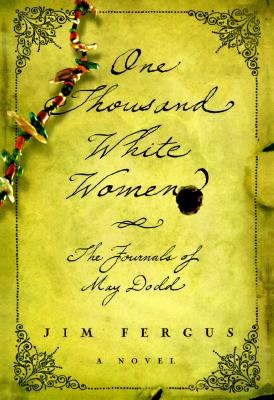 The Journals of May Dodd

"One Thousand White Women" is the story of May Dodd and a colorful assembly of pioneer women who, under the auspices of the U.S. government, travel to the western prairies in 1875 to intermarry among the Cheyenne Indians. The covert and controversial "Brides for Indians" program, launched by the administration of Ulysses S. Grant, is intended to help assimilate the Indians into the white man's world. Toward that end May and her friends embark upon the adventure of their lifetime. Jim Fergus has so vividly depicted the American West that it is as if these diaries are a capsule in time.

Jim Fergus is field editor and monthly columnist for "Sports Afield" magazine and also writes a monthly feature on the AllOutdoors.com website. His work has appeared in numerous national magazines and newspapers, and he is the author of the nonfiction book "A Hunter's Road." He lives in northern Colorado.

Praise For One Thousand White Women: The Journals of May Dodd…

"A most impressive novel that melds the physical world to the spiritual. One Thousand White Women is engaging, entertaining, well-written, and well-told. It will be widely read for a long time, as will the rest of Jim Fergus's work." --Rick Bass, author of Where the Sea Used to Be

"Jim Fergus knows his country in a way that's evocative Dee Brown and all the other great writers of the American West and its native peoples. But One Thousand White Women is more than a chronicle of the Old West. It's a superb tale of sorrow, suspense, exultation, and triumph that leaves the reader waiting to turn the page and wonderfully wrung out at the end." --Winston Groom, author of Forrest Gump

"The best writing transports readers to another time and place, so that when they reluctantly close the book, they are astonished to find themselves returned to their everyday lives. One Thousand White Women is such a book. Jim Fergus so skillfully envelops us in the heart and mind of his main character, May Dodd, that we weep when she mourns, we shake our fist at anyone who tries to sway her course, and our hearts pound when she is in danger." --Colorado Springs Gazette