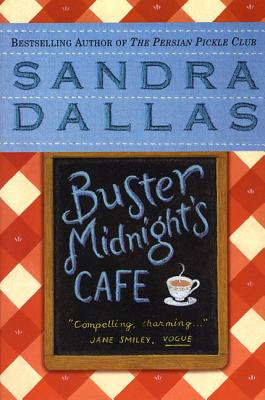 May Anna Kovacks was discovered on the dustry streets of Butte, Montana and went on to become a Hollywood star. War, fame, marriage, love, and heartbreak came and went. What never changed was the bond she shared with her two best friends, Effa Commander and Whippy Bird. When scandal, murder, and betrayal made a legend of May Anna, only Effa and Whippy Bird could set the record straight.

“Sometimes, sad, sometimes funny, but always right on the mark, this is a book about heritage, about friendships you will envy, about people doing their best, as well as their worst. Sandra Dallas has worked magic.” —Cathie Pelletier

“Undoubtedly one of the zippiest and most pleasant reads to come out this year... I read it the second time with equal pleasure just to make sure the magic was there. It is. It surely is.” —The Denver Post

Sandra Dallas, dubbed “a quintessential American voice” in Vogue Magazine, is the author of over a dozen novels, including Prayers for Sale and Tallgrass, many translated into a dozen languages and optioned for films. Six-time winner of the Willa Award and four-time winner of the Spur Award, Dallas was a Business Week reporter for 25 years covering the Rocky Mountain region, and began writing fiction in 1990. She has two daughters and lives with her husband in Denver and Georgetown, Colorado.
Loading...
or support indie stores by buying on