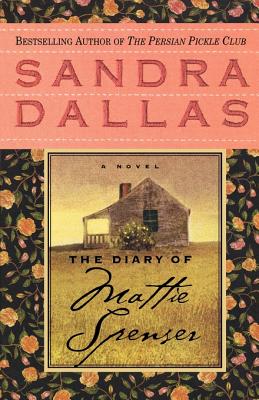 The Diary of Mattie Spenser

No one is more surprised than Mattie Spenser herself when Luke Spenser, considered the great catch of their small Iowa town, asks her to marry him. Less than a month later, they are off in a covered wagon to build a home on the Colorado frontier. Mattie's only company is a slightly mysterious husband and her private journal, where she records the joys and frustrations not just of frontier life, but also of a new marriage to a handsome but distant stranger. As she and Luke make life together on the harsh and beautiful plains, Mattie learns some bitter truths about her husband and the girl he left behind and finds love where she least expects it. Dramatic and suspenseful, this is an unforgettable story of hardship, friendship and survival.


Praise For The Diary of Mattie Spenser: A Novel…

“A wonderfully vivit portrait of frontier life...Mattie is a marvelous creation...It's a story that's genuinely moving and impossible to put down.” —Rocky Mountain News

“One of the bright new voices in historical fiction...Dallas's authentic period details, her colorful minor characters, and most of all Mattie herself lend charm and emotnional truth to this appealing marital and pioneering adventure.” —Publishers Weekly

Sandra Dallas, dubbed “a quintessential American voice” in Vogue Magazine, is the author of over a dozen novels, including Prayers for Sale and Tallgrass, many translated into a dozen languages and optioned for films. Six-time winner of the Willa Award and four-time winner of the Spur Award, Dallas was a Business Week reporter for 25 years covering the Rocky Mountain region, and began writing fiction in 1990. She has two daughters and lives with her husband in Denver and Georgetown, Colorado.
Loading...
or support indie stores by buying on