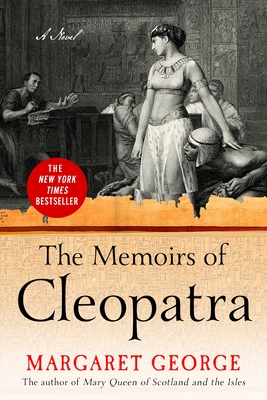 The Memoirs of Cleopatra

Bestselling novelist Margaret George brings to life the glittering kingdom of Cleopatra, Queen of the Nile, in this lush, sweeping, and richly detailed saga.

Told in Cleopatra's own voice, The Memoirs of Cleopatra is a mesmerizing tale of ambition, passion, and betrayal in the ancient Egyptian world, which begins when the twenty-year-old queen seeks out the most powerful man in the world, Julius Caesar, and does not end until, having survived the assassination of Caesar and the defeat of the second man she loves, Marc Antony, she plots her own death rather than be paraded in triumph through the streets of Rome.

Most of all, in its richness and authenticity, it is an irresistible story that reveals why Margaret George's work has been widely acclaimed as "the best kind of historical novel, one the reader can't wait to get lost in." (San Francisco Chronicle).


Praise For The Memoirs of Cleopatra: A Novel…

“Fans of the author who loved her biographies of Henry VIII and Mary Queen of Scots will find this story of Egypt's ancient queen equally engrossing. The author's impeccable research brings a long ago civilization thoroughly to life, and her portraits of Cleopatra, Caesar and Antony are wonderful. A spellbinding book.” —Barbara Taylor Bradford

“A thrilling story...[Cleopatra's] 'memoirs' are vivid and enthralling. Read them.” —Washington Post

“[A] time machine...It's as if you lived there, walked the streets and counseled the Queen throughout her turbulent life.” —Cincinnati Enquirer

“Readers looking to be transported to another place and time will find their magic carpet here.” —Publishers Weekly"