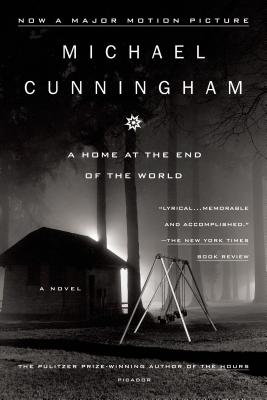 A Home at the End of the World

From Michael Cunningham, the Pulitzer Prize-winning author of The Hours, comes this widely praised novel of two boyhood friends: Jonathan, lonely, introspective, and unsure of himself; and Bobby, hip, dark, and inarticulate. In New York after college, Bobby moves in with Jonathan and his roommate, Clare, a veteran of the city's erotic wars. Bobby and Clare fall in love, scuttling the plans of Jonathan, who is gay, to father Clare's child. Then, when Clare and Bobby have a baby, the three move to a small house upstate to raise "their" child together and, with an odd friend, Alice, create a new kind of family. A Home at the End of the World masterfully depicts the charged, fragile relationships of urban life today.


Praise For A Home at the End of the World: A Novel…

“The story of Jonathan, Clare, Bobby, and Alice is also the story of the 70's and 80's in America--and vice versa. It is destined to last.” —David Leavitt, author of The Marble Quilt

“Cunningham has written a novel that all but reads itself.” —The Washington Post Book World

“Once in a great while, there appears a novel so spellbinding in its beauty and sensitivity that the reader devours it nearly whole, in great greedy gulps, and feels stretched sore afterwards, having been expanded and filled. Such a book is [this one].” —Sherry Rosenthal, San Diego Tribune

“Luminous with the wonders and anxieties that make childhood mysterious . . . A Home at the End of the World is a remarkable accomplishment.” —Laura Frost, San Francisco Review

“Brilliant and satisfying . . . As good as anything I've read in years . . . Hope in the midst of tragedy is a fragile thing, and Cunningham carries it with masterful care.” —Gayle Kidder, San Diego Union

“Cunningham writes with power and delicacy . . . We come to feel that we know Jonathan, Bobby, and Clare as if we lived with them; yet each one retains the mystery that in people is called soul, and in fiction is called art.” —Richard Eder, The Los Angeles Times