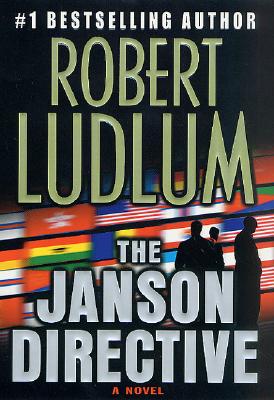 One of the world's greatest men has been kidnapped.
Nobel laureate, international financier, and philanthropist Peter Novak - a billionaire who has committed his life and fortune to fostering democracy around the world through his Liberty Foundation - has been captured by the forces led by the near-mythical terrorist known as The Caliph. Holding Novak in a near impenetrable fortress, The Caliph has refused to negotiate for his release, planning instead to brutally execute Novak in a matter of days.
Running out of time and hope, Novak's people turn to a man with a long history of defeating impossible odds: Paul Janson. For decades, Janson was an operative and assassin whose skills and exploits made him a legend in the notorious U.S. covert agency Consular Operatations. No longer able to live with the brutality, bloodshed, and personal loss that marked his career, Janson has retired from the field and nothing could lure him back. Nothing except Peter Novak, a man who once saved Janson's life when everyone else was powerless to help.
With the considerable resources of The Liberty Foundation at his disposal, Janson hastily assembles a crack extraction team, setting in motion an ingenious rescue operation. But the operation goes horribly wrong and Janson is marked for death, the target of a "beyond salvage" order issued from the highest level of the government.
Now he is running for his life, pursued by Jessica Kincaid, a young agent of astonishing ability who - as a student of Janson's own lethal arsenal of tactics and techniques - can anticipate and counter his every move. To survive, Janson must outrace a conspiracy that has gone beyond the control of its originators. To win, he must counter it with a conspiracy of his own.
With mere days, perhaps only hours, remaining, and shadowed by a secret that links Janson's violent life with that of the visionary peacemaker Peter Novak, Janson's only hope is to uncover the nearly unimaginable truth behind these events - a truth that has the power to foment wars, topple governments, and change the very course of history.

Praise For The Janson Directive…

"A page-turner of non-stop action that should leave his fans begging for more." -- New York Post on The Prometheus Deception

"The intricately engineered plot thunders forward at breakneck pace....Ludlum has the reader hopelessly hooked." -- People Magazine on The Sigma Protocol

Robert Ludlum's 24 internationally bestselling novels have been read by hundreds of millions worldwide. His books include "The Bourne Identity" and "The Prometheus Deception."
Loading...
or
Not Currently Available for Direct Purchase