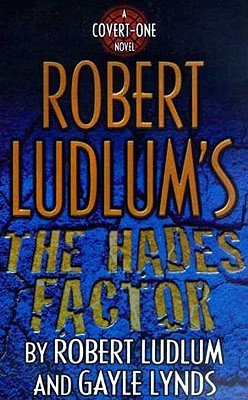 A homeless man in Boston, an Army Major in California, and a teenage girl in Atlanta all die suddenly and painfully--each a victim of an unknown doomsday virus. For three days, a team of scientists is a U.S. government laboratory has been frantically trying to unlock the virus's secrets. When the leading researcher from that lab, Lt. Col. Jonathan Smith, returns from overseas, he barely survives a series of well-orchestrated attempts made on his life. By the time Smith eludes his pursuers and makes it home, he discovers that the virus has claimed its fourth victim, Dr. Sophia Russell--Smith's fiancee. Devastated and enraged, Smith quickly uncovers evidence that his lover's death was no accident--that someone out there has the virus, and the pandemic that threatens hundreds of millions of lives is no accident. But wherever he turns, Smith finds that some unseen force has blocked his quest for information.

Not knowing whom to trust, Smith assembles a private team to search for the truth behind the deadly virus. While the death toll mounts, their quest leads to the highest levels of power and the darkest corners of the earth, as they match wits with a determined genius--and as the fate of the world lies in the balance.


Praise For Robert Ludlum's The Hades Factor: A Covert-One Novel…

"Ludlum is light years beyond his literary competition in piling plot twist upon plot twist, until the mesmerized reader is held captive...[He] dominates the field in strong, tightly plotted, adventure-drenched thrillers."
- Chicago Tribune

"Ludlum stuffs more surprises into his novels than any other six-pack of thriller writers combined."
- The New York Times

"The pace is fast, the action plentiful...a must read."
- Booklist

"The robust writing and a breakneck pace that made Ludlum famous are evident...and they manage to satisfy."
- Boston Herald

"The new team... has a pop hit on their hands that should bounce right up the bestseller lists."
- Kirkus Review

"As fast paced, suspenseful, and exciting as a James Bond film, The Hades Factor is a top-notch thriller!"
- Romantic Times

"The Hades Factor pairs the fertile mind of Robert Ludlum and the seasoned success of Gayle Lynds in a summer page turner that catches you in the first dozen pages and pulls you straight through....this Ludlum/Lynds alloy...takes you through some lively and surprising turns to a satisfying conclusion."
- Santa Barbara News-Press

Robert Ludlum is the unchallenged master of suspense and global intrigue. For more than thirty years, his many books have thrilled hundreds of millions of readers. Each one of his books has reached the top of bestseller lists the world over and has set a standard that's yet to be equaled. Now, from the imagination of one of America's greatest storytellers, comes Covert-One--a bold new series of international thrillers that deliver the complex, compelling action and heart-stopping suspense for which Robert Ludlum has become so justly famous.
Loading...
or
Not Currently Available for Direct Purchase