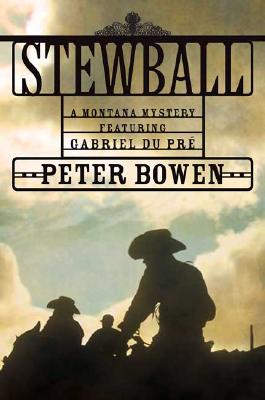 Gabriel Du Pré's Aunt Pauline has a list of husbands and ex-husbands and future husbands even she herself has trouble remembering. So Du Pré isn't exactly surprised when she shows up in Toussaint complaining that her current man, a lovable roughneck named Badger, has run off. His longer-than-usual absence has Pauline worried, and Du Pré promises to look into exactly what sort of trouble he has gotten himself into.

No one quite imagines, least of all Pauline, that the first thing Du Pré will find in his investigation is Badger's body, lying in a remote part of the Montana wilderness with a bullet-hole in the base of his skull. Du Pré has a hunch his old friend and foil Harvey Wallace will be interested in the case-after all, Gabriel Du Pré's Montana is teeming with just the sorts of people that tend to interest Wallace's employers, the FBI, and the odds that Badger got mixed up with them seem inordinately high.

The trail leads straight into the teeming underworld of illegal, remote brush races involving a ragtag bunch of traveling horsemen, with many thousands of dollars wagered upon each race. Forced to go undercover to determine how Badger met his end, Du Pré finds his own horse and jockey to bet on in another complicated, fascinating outing for Montana's favorite Métis son.
Peter Bowen's tough, rough-edged, likable hero rides again in Stewball, an intricate installment in a classic series by one of the genre's quirkiest and most beloved practitioners.

Peter Bowen, a Montanan, writes of the West. Cowboy, hunting and fishing guide, folksinger, poet, essayist, and novelist, he's written the picaresque Yellowstone Kelly historical novels, humor columns and essays on blood sport as Coyote Jack, and the Gabriel Du Pre mysteries, in part because "the Metis are a great people, a wonderful people, and not many Americans know anything about them."
Loading...
or
Not Currently Available for Direct Purchase