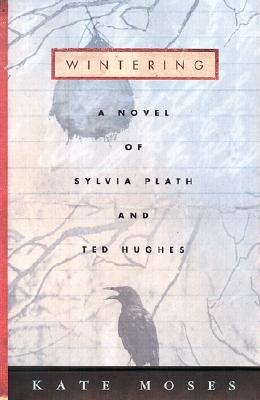 This is the story of a woman forging a new life for herself after her marriage has foundered, shutting up her beloved Devonshire house and making a home for her two young children in London, elated at completing the collection of poems she foresees will make her name. It is also the story of a woman struggling to maintain her mental equilibrium, to absorb the pain of her husband's betrayal and to resist her mother's engulfing love. It is the story of Sylvia Plath.

In this deeply felt novel, Kate Moses recreates Sylvia Plath's last months, weaving in the background of her life before she met Ted Hughes through to the disintegration of their relationship and the burst of creativity this triggered. It is inspired by Plath's original ordering and selection of the poems in Ariel, which begins with the word 'love' and ends with 'spring,' a mythic narrative of defiant survival quite different from the chronological version edited by Hughes. At Wintering's heart, though, lie the two weeks in December when Plath finds herself still alone and grief-stricken, despite all her determined hope. With exceptional empathy and lyrical grace, Moses captures her poignant, untenable and courageous struggle to confront not only her future as a woman, an artist and a mother, but the unbanished demons of her past.

Kate Moses was born in San Francisco in 1962 to a British father and an American mother, and grew up in various parts of the United States before returning to California to attend university. She subsequently worked as an editor in publishing and as literary director at San Francisco's Intersection for the Arts, and in 1997 became one of the two founding editors of Salon.com's "Mothers Who Think" website, which led to the American Book Award-winning anthology "Mothers Who Think," co-edited with Camille Peri. She lives in San Francisco with her husband and their two children. "Wintering "is her first novel.
Loading...
or
Not Currently Available for Direct Purchase