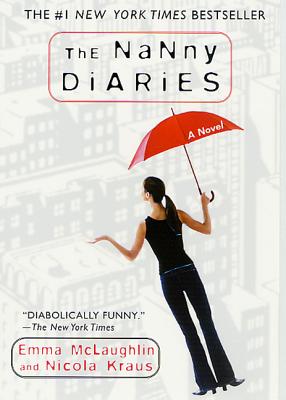 Wanted:
One young woman to take care of four-year-old boy. Must be cheerful, enthusiastic and selfless--bordering on masochistic. Must relish sixteen-hour shifts with a deliberately nap-deprived preschooler. Must love getting thrown up on, literally and figuratively, by everyone in his family. Must enjoy the delicious anticipation of ridiculously erratic pay. Mostly, must love being treated like fungus found growing out of employers Hermès bag. Those who take it personally need not apply.

Who wouldn't want this job? Struggling to graduate from NYU and afford her microscopic studio apartment, Nanny takes a position caring for the only son of the wealthy X family. She rapidly learns the insane amount of juggling involved to ensure that a Park Avenue wife who doesn't work, cook, clean, or raise her own child has a smooth day.

When the Xs' marriage begins to disintegrate, Nanny ends up involved way beyond the bounds of human decency or good taste. Her tenure with the X family becomes a nearly impossible mission to maintain the mental health of their four-year-old, her own integrity and, most importantly, her sense of humor. Over nine tense months, Mrs. X and Nanny perform the age-old dance of decorum and power as they test the limits of modern-day servitude.

Emma McLaughlin writes with Nicola Kraus in New York City. They are the authors of The Nanny Diaries, which was adapted into the 2007 film starring Scarlett Johansson and Laura Linney.

Nicola Kraus writes with Emma McLaughlin in New York City. They are the authors of The Nanny Diaries, which was adapted into the 2007 film starring Scarlett Johansson and Laura Linney.

Praise For The Nanny Diaries: A Novel…

“Impossible to put down.” —Vogue

“McLaughlin and Kraus... [have a] carefully calibrated sense of compassion and delicious sense of the absurd.” —Entertainment Weekly