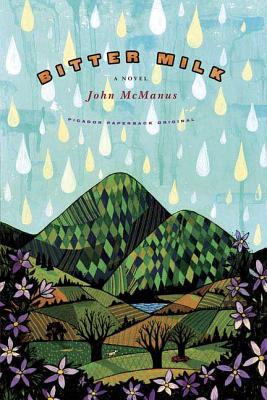 The son of an unknown father and an ostracized mother, and the next of kin in a long line of bastard relatives, nine-year-old Loren Garland lives a life of subtle mystery beneath the shadow of an East Tennessee mountain. It is on his family's broken-down estate that Loren's imagination grows, and with it, the extraordinary voice of Bitter Milk, a young boy named Luther who may be Loren's imaginary friend, his conscience, or his evil twin. And yet outside the puzzle of Loren's brain, there are the darker goings-on of his family—his mother who wishes she were a man, his new uncle who plans to develop the Garland land into real estate, and his withered grandfather who holds the clan together through truculence and fear. When Loren's mother disappears, he must set out on a quest of his own devising, tossing aside the trappings of youth in order to discover the truth of the world.


Praise For Bitter Milk: A Novel…

“McManus writes like he is inventing a new language on pure guts.” —Michael Knight

“This mysterious, almost phantasmagoric, debut novel is reminiscent of Cormac McCarthy's The Orchard Keeper in its precociousness. McManus writes with a wisdom and empathy that belies his youth. Bitter Milk signals the arrival of an important new voice in Southern literature.” —Ron Rash, author of One Foot in Eden and Saints at the River

John McManus was raised in Maryville, Tennessee. The author of the collections Born on a Train and Stop Breakin Down, he became the youngest ever recipient of the Whiting Writers' Award in 2000.
Loading...
or support indie stores by buying on