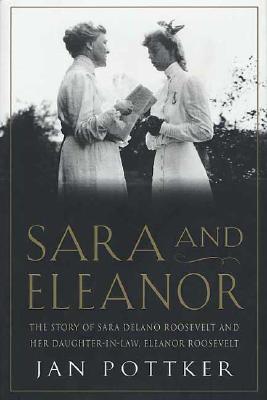 The Story of Sara Delano Roosevelt and Her Daughter-in-Law, Eleanor Roosevelt

We think we know the story of Eleanor Roosevelt--the shy, awkward girl who would redefine the role of First Lady, becoming a civil rights activist and an inspiration to generations of young women. As legend has it, the bane of Eleanor's life was her demanding and domineering mother-in-law, Sara Delano Roosevelt. Biographers have overlooked the complexity of a relationship that had, over the years, been reinterpreted and embellished by Eleanor herself.

Through diaries, letters, and interviews with Roosevelt family and friends, Jan Pottker uncovers a story never before told. The result is a triumphant blend of social history and psychological insight--a revealing look at Eleanor Roosevelt and the woman who made her historic achievements possible.


Praise For Sara and Eleanor: The Story of Sara Delano Roosevelt and Her Daughter-in-Law, Eleanor Roosevelt…


"Fills a long-standing void in the Roosevelt story and adds tremendously to our understanding of Roosevelt personal history."


"A compelling and engaging biography of two independent women whose story is an inspiration to all."

Jan Pottker is the author of seven previous books, including "Janet and Jackie: The Story of a Mother and Her Daughter, Jacqueline Kennedy Onassis." Pottker's interest in Sara and Eleanor was sparked when she realized that a myth had grown around Eleanor at the expense of Sara---much the same as the relationship between Jackie and her mother had been underplayed and distorted over time. Pottker has a Ph.D. from Columbia University and lives in Potomac, Maryland, with her husband, Andrew S. Fishel.
Loading...
or
Not Currently Available for Direct Purchase