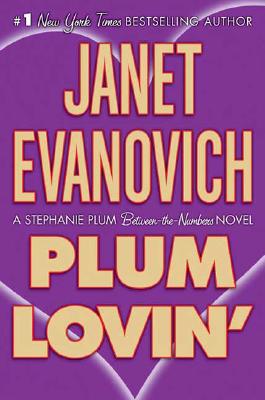 From #1 blockbuster bestselling author Janet Evanovich comes a Stephanie Plum novel that takes adventure, action, suspense (and maybe even true love?) to new heights.
WATCH YOUR BACK . . .
LOOK BOTH WAYS . . .
BECAUSE LOVE IS IN THE AIR . . .
AND THAT MEANS BIG TROUBLE!
Mysterious men have a way of showing up in Stephanie Plum's apartment. When the shadowy Diesel appears, he has a task for Stephanie--and he's not taking no for an answer. Annie Hart is a "relationship expert" who is wanted for armed robbery and assault with a deadly weapon. Stephanie needs to find her, fast. Diesel knows where she is. So they make a deal: He'll help her get Annie if Stephanie plays matchmaker to several of Annie's most difficult clients. But someone wants to find Annie even more than Diesel and Stephanie. Someone with a nasty temper. And someone with "unmentionable" skills. Does Diesel know more than he's saying about Annie Hart? Does Diesel have secrets he's keeping from Stephanie and the two men in her life--Ranger and Morelli? With Stephanie Plum in over her head, things are sure to get a little dicey and a little explosive, Jersey style!

Janet Evanovich is the author of the Stephanie Plum books, including" One for the Money" and "Sizzling Sixteen," and the Diesel & Tucker series, including "Wicked Appetite." Janet studied painting at Douglass College, but that art form never quite fit, and she soon moved on to writing stories. She didn't have instant success: she collected a big box of rejection letters. As she puts it, "When the box was full I burned the whole damn thing, crammed myself into pantyhose and went to work for a temp agency." But after a few months of secretarial work, she managed to sell her first novel for $2,000. She immediately quit her job and started working full-time as a writer. After 12 romance novels, she switched to mystery, and created Stephanie Plum. The rest is history. Janet's favorite exercise is shopping, and her drug of choice is Cheeze Doodles. She and her husband live in New Hampshire, in house with a view of the Connecticut River Valley.
Loading...
or
Not Currently Available for Direct Purchase