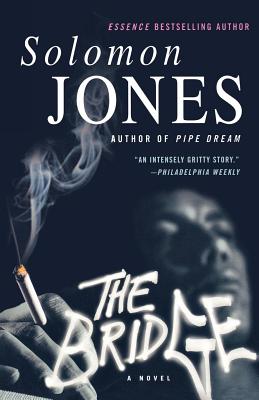 Sometimes, Philadelphia Police Detective Kevin Lynch feels like he has spent his whole life trying to put his past firmly behind him. But a frantic call for help from a childhood friend whose child has gone missing changes all that. Now, Lynch must summon the courage to return to his childhood home, the infamous projects known as The Bridge. As the case unfolds and the search for Kenya, the missing girl, intensifies, the secrets guarded by her family and friends begin to emerge. These hidden truths are more sinister and malevolent than Lynch could ever imagine. Once again, The Bridge threatens to be his downfall.

Solomon Jones is an Essence bestselling author. He has written  novels including The Dead Man's Wife and The Gravedigger's Ball, and is an award-winning columnist whose journalistic works have been published in Essence and the Philadelphia Daily News. He lives in Philadelphia with his family and is currently at work on his next novel.

Praise For The Bridge: A Novel…

"Jones tells his tale with confidence and a staccato style that heightens the melodrama. And in Kenya, he creates a character who remains vivid when she's off the page. . . . The Bridge never fails to engage us." - The Boston Globe

"Jones, whose first book, Pipe Dream, was hailed as a promising debut, shows more of that promise in The Bridge . . . A powerful, painful look at and inside the world of heroin." - Philadelphia Inquirer

"Passionately unsparing as before in its portrayal of a subculture in despair." - Kirkus Reviews

“The voices ring true, especially those of the well-rendered women characters... Confirms his potential to become a major voice in crime fiction.” - Booklist