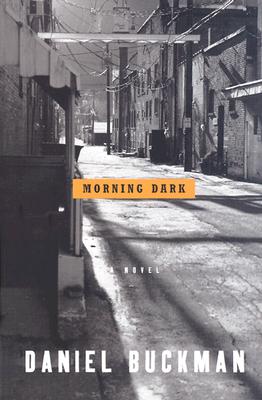 Daniel Buckman has been praised for his stunning prose and sharp, riveting portrayals of the lives of American veterans in the wake of this country's twentieth-century wars. "Morning Dark "is the story of three generations of men from Watega County, Illinois, each pursued by the memories of the battles they fought and the wars they still dream of.
Big Walt Michalski is a decorated World War II veteran who built a plumbing empire in his hometown only to have his drunk, Vietnam-vet son, Walt, fritter away his inheritance, and the family business, on drugs and a series of dead-end marriages. Tom Jane, Walt's nephew and Big Walt's grandson, is a thirty-year-old career marine just out of the service with a dishonorable discharge. When Walt lets the memories of his failed life get the better of him, he takes off, intent on finding again the one place he ever felt free: outside the disappointed glare of Big Walt. But when he gets where he's going, he finds himself all too easily drawn back into a harrowing situation in which the life he's running from may turn out to be his only chance for salvation.
Daniel Buckman memorializes a lost class of American men who go to war and come home to work, men who exist on the fringes of the society they once risked their lives to protect. Haunting and startling, " Morning Dark" is a remarkable literary achievement from a talented young writer.

"A messy kind of perfect."--Kirkus Reviews

"In the tradition of Tim O'Brien and Larry Brown....[An] intense effort." --Publishers Weekly

"Buckman spins a painfully beautiful saga....This is a book that won't be easily forgotten."--Booklist

Daniel Buckman served as a paratrooper with the U.S. Army's 82nd Airborne Division. "Morning Dark" is his third novel.
Loading...
or
Not Currently Available for Direct Purchase