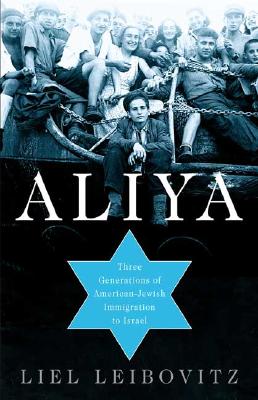 
Praise For Aliya: Three Generations of American-Jewish Immigration to Israel…

"The vital bond between American Jews and Israel comes from more than religious obligation or checkbook philanthropy. It is a deeply human story, lived out by those Americans who left the Golden Land to build and sustain and defend the Jewish state. With his portrait of three generations of olim, Liel Leibovitz has made this history affecting, informative, and indelible. To read this book is to read about a love affair---not perfect, easy love, but love tested by gritty reality, which is to say the only love that counts or that lasts."--Samuel G. Freedman, author of Jew vs. Jew: The Struggle for the Soul of American Jewry

Liel Leibovitz has made aliya in reverse: a ninth generation Israeli, he was born in Tel Aviv and immigrated to the United States. He became interested in the phenomenon of aliya as a child when his American cousins---the object of much envy---made aliya, much to his astonishment. A graduate of the Columbia School of Journalism and a veteran of the Israeli Army, he writes for "The Jewish Week "and other publications. This is his first book. He lives in New York City with his wife.
Loading...
or
Not Currently Available for Direct Purchase