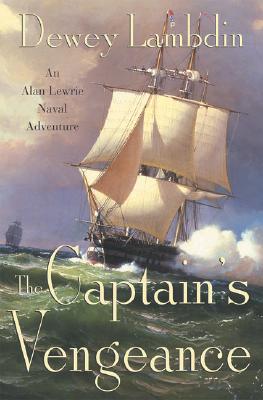 Sailing in the Caribbean, Captain Alan Lewrie, RN, is once again pursuing a chimera.
A rich French prize ship he'd left at anchor at Dominica has gone missing, along with six of his sailors. What starts as a straightforward search for it, and them, from Hispaniola to Barbados, far down the Antilles, leads Lewrie to a gruesome discovery on the Dry Tortugas and to a vile cabal of the most pitiless and depraved pirates ever to sail under the "Jolly Roger" . . . and the suspicion that one of his trusted hands just may be the worst of them all!
Against his will--again--the usually irrepressible Lewrie is made his superiors' "cat's-paw" once more, and his covert mission this time is to go up the Mississippi in enemy-held Spanish Louisiana to the romantic but sordid port of New Orleans in search of pirates and prize, where one false step could betray Lewrie and his small party as spies. Beguilements, betrayal, and death lurk 'round every corner of the Vieux Carré, and it's up to Lewrie's quick but cynical to win the day wits for their survival and wreak a very personal vengeance on his foes!

Dewey Lambdin is the author of eleven previous Alan Lewrie novels and an omnibus volume, "For King and Country." A member of the U.S. Naval Institute and a Friend of the National Maritime Museum in Greenwich, England, he spends his free time working and sailing on a rather tatty old sloop, Wind Dancer. He makes his home in Nashville, Tennessee, but would much prefer Margaritaville or Murrell's Inlet.
or
Not Currently Available for Direct Purchase
Copyright © 2020 American Booksellers Association