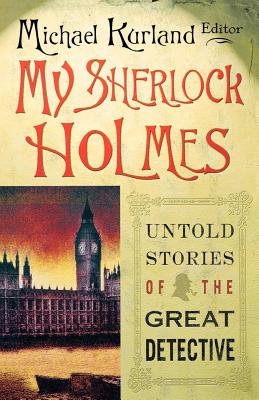 Untold Stories of the Great Detective

For over a century, readers have thrilled to the exploits of Sherlock Holmes as told from the point of view of Dr. Watson. But do Watson's tales really tell the true story of the Great Detective? In this collection of thirteen original tales, each narrated by a side character from the original canon, another side of the legend is revealed. From what Inspector Lestrade really thought about Holmes to Holmes' untold encounter with the insidious Dr. Fu Manchu, from the bitter reminiscences of C. Auguste Dupin to the thoughts of his long-term landlady, Mrs. Hudson, the long-standing veil of mystery over Sherlock Holmes is finally lifted.

From the imaginations of Barbara Hambly, Cara Black, Peter Tremayne, Richard Lupoff, and Michael Kurland, among others, another side of the famous fictional detective is finally revealed.

Michael Kurland has written almost forty books. He was the editor of the Sherlock Holmes collection Sherlock Holmes: The Hidden Years. Twice a finalist for the Edgar Award, he lives in Petaluma, California.

Praise For My Sherlock Holmes: Untold Stories of the Great Detective…

"Purists may balk, but this collection of Sherlock Holmes stories by a diverse group of authors and imitators is extremely entertaining. Rather than adhering strictly to Conan Doyle's narrative style, the featured authors write original tales recounted by characters other than Dr. John Watson. ... Most Holmes aficionados will welcome this delightful addition to the ever-growing mythology of their immortal fictional hero." - Booklist
or support indie stores by buying on
Copyright © 2020 American Booksellers Association