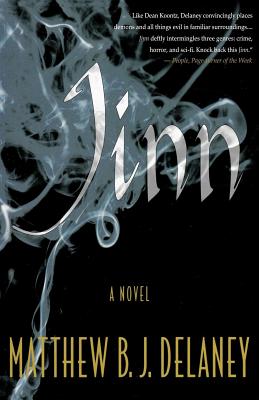 It is May 1943. On the remote island of Bougainville, in the South Pacific, a squad of United States Marines beats their way through the thick jungle. They've landed to do battle with the Japanese soldiers on the island, but in short order, they begin to realize that the forbidding battleground holds an ancient secret a hundred times more terrifying than any enemy army---especially when they start finding the bodies.

Flash-forward to July 2008. In the slums---and the skyscrapers---of Boston, a new kind of depraved serial killer is stalking human prey and terrifying the city. The bodies have been found posed and mutilated in bizarre ways that the two police officers in charge of the case have never seen before---and never want to see again. Are the two scenarios connected?

Detectives Jefferson and Brogan have no idea that to solve the biggest case of their careers, their investigation must take them around the world and through time and history---from a mysterious salvaged submarine with a shocking secret, to an inhumane prison where the inmates are even more scared than usual of "the Pit,"and finally back to the beginning: the sinister island in the South Seas where something inhuman has been biding its time


Praise For Jinn: A Novel…

"Delaney knows how to generate chills and suspense like few other new authors in recent memory. A page-turner if ever there was one, this mystery-horror thriller achieves a wholly convincing aura of terrifying antiquity." - Publishers Weekly

Matthew B. J. Delaney is a recent graduate of Dartmouth College. He lives in Somerville, Massachusetts. Jinn is his first novel.
Loading...
or support indie stores by buying on