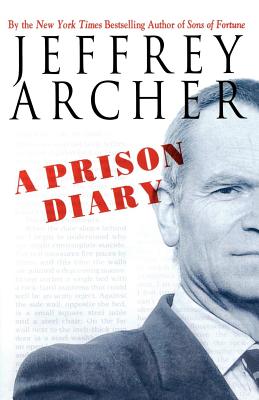 On July 19, 2001, following a conviction for perjury, international bestselling author Jeffrey Archer was sentenced to four years in prison. Prisoner FF8282, as Archer is now known, spent the first three weeks in the notorious HMP Belmarsh, a high-security prison in South London, home to murderers, terrorists and some of Britain's most violent criminals.

On the last day of the trial, his mother dies, and the world's press accompany him to the funeral. On returning to prison, he's placed on the lifer's wing, where a cellmate sells his story to the tabloids. Prisoners and guards routinely line up outside his cell to ask for his autograph, to write letters, and to seek advice on their appeals.

For twenty-two days, Archer was locked in a cell with a murderer and a drug baron. He decided to use that time to write an hour-by-hour diary, detailing the worst three weeks of his life.

When A Prison Diary was published in England, it was condemned by the prison authorities, and praised by the critics.

JEFFREY ARCHER was educated at Oxford University. He served five years as a Member of Parliament in the House of Commons and has served twenty-six years as a Member of the House of Lords. Now published in 97 countries and more than 37 languages, all of his novels and short story collections—including Kane & Abel, Only Time Will Tell and This Was a Man—have been international bestsellers. Jeffrey is married with two sons and three grandchildren, and lives in London, Cambridge and Majorca.
or support indie stores by buying on
Copyright © 2020 American Booksellers Association