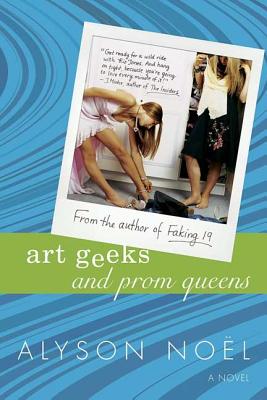 Dorks, Dweebs, Debutantes, and Jocks—Where would you fit in?

Being the new girl is tough—just ask sixteen-year-old Rio Jones. A New York transplant, Rio has no clue how she's going to fit in at her fancy new private school in Southern California. Plus, being late, overdressed, and named after a Duran Duran song doesn't make the first day any easier for her.

Then Rio meets Kristi. Beautiful, rich, and a cheerleader, Kristi is the queen bee of Newport Beach. And Kristi isn't friends with just anyone, so Rio is thrilled when she's invited to be part of the most exclusive, popular clique. Of course, like any club, Kristi and her friends have rules: Always smile (even if you don't mean it), always dress cute (and never repeat outfits), and always flirt (but only with jocks, preps, and rich college guys).

At first Rio is having a great time, but as she becomes more immersed in this jet-set crowd, she figures out there is one last rule that her new friends forgot to mention: Don't cross Kristi . . . in Alyson Noël's Art Geeks and Prom Queens.


Praise For Art Geeks and Prom Queens: A Novel…

“Get ready for a wild ride with Rio Jones. And, hang on because you're going to love every minute of it!” —J. Minter, author of The Insiders

“Cool, uncompromising, superbly written – this is a wonderful journey through teenage life by a writer who really gets it.” —Kevin Brooks, author of Martyn Pig, Lucas, Kissing the Rain, and Candy

“I love Alyson's use of dialogue. It's acerbic and vicious and bitchy. Totally realistic, in other words, without a false note.” —Catherine Forde, author of Fat Boy Swim

“Rio steps into the glitz and glam of Southern California socialites, but she never loses her down to earth sense of humor.” —Michelle Taylor, author of What's Happily Ever After, Anyway?

“A book about life in the fast lane. . .” —Lurlene McDaniel, author of My Secret Boyfriend and Angels in Pink