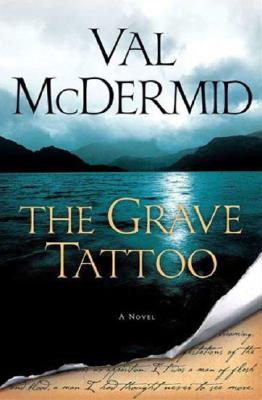 In a novel reminiscent of The Rule of Four, The Dante Club and The Historian, suspense master McDermid spins a psychological thriller in which a present-day murder has its roots in the eighteenth century and the mutiny on the H.M.S. Bounty. After torrential summer rains uncover a bizarrely tattooed body on a Lake District hillside, long discarded old wives' tales takes on a chilling new plausibility. For centuries, Lakelanders have whispered that Fletcher Christian staged the massacre on Pitcairn so that he could return home. And there, he told his story to an old friend and schoolmate, William Wordsworth, who turned it into a long narrative poem--a poem that remained hidden lest it expose Wordsworth to the gallows for harboring a fugitive. Wordsworth specialist Jane Gresham, herself a native of the Lake District, feels compelled to discover once and for all whether the manuscript ever existed--and whether it still exists today. But as she pursues each new lead, death follows hard on her heels. Suddenly Jane is at the heart of a 200-year-old mystery that still has the power to put lives on the line. Against the dramatic backdrop of England's Lake District a drama of life and death plays out, its ultimate prize a bounty worth millions.


Praise For The Grave Tattoo…

“A world-class crime novelist at the top of her game.”—George Pelecanos, author of Hard Revolution

“It is difficult to find words to capture the masterful achievement that is Val McDermid’s The Grave Tattoo.”—Laura Lippman

“If you haven’t discovered her genius yet, you are in for a rare treat.”—Harlan Coben, New York Times bestselling author of The Innocent

“One of our most accomplished crime writers...compelling.”—Glasgow Herald

“An irresistible combination of contemporary psychological thriller and historical mystery filled with the moody atmosphere of the Lake District.”—Tess Gerritsen, New York Times bestselling author of Harvest  “I’ve been a Val McDermid fan forever...like all her work, The Grave Tattoo is an experience...a visceral entertainment that leaves you panting right up to the shattering climax .”—Ridley Pearson, New York Times bestselling author of The Kingdom Keepers

VAL MCDERMID was a journalist for sixteen years and is now a full-time writer and lives in South Manchester. In 1995, she won the Gold Dagger Award for Best Crime Novel of the Year. Her novel, "A Place of Execution," won a" Los Angeles Times" Book Prize, was nominated for the Edgar Award for Best Novel, and named a "New York Times" Notable Book of the Year.
Loading...
or
Not Currently Available for Direct Purchase