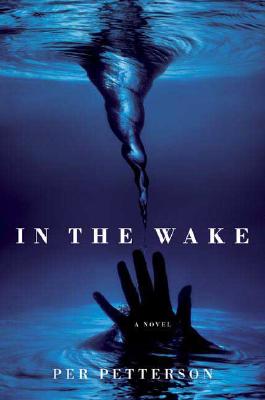 Per Petterson's masterful American debut novel is the story of a man whose life stands still after a terrible accident. Spanning an intense period of only a few weeks, In the Wake features 43 year-old Arvid, a writer who lost his parents and younger brothers in a ferry accident some years before. It is especially against his repressed memories--of his father and mother, and of his still-living brother--that Arvid must regard and define his own life. As Arvid struggles with memories, existential questions, and a deep sense of the world's injustice, he remains overwhelmed by grief, and guilt at having survived. Work on his novel stalls as he moves through life in a cold haze. But while Arvid's only human contact is with his Kurdish neighbor and with a woman whom he glimpses in a flat across the road, it is this routine contact that begins to slowly remind him of the world---of the beauty and humor we can find in the mundane. As he is reminded, his memories begin to return, and he begins to write again. Poignant, restrained, darkly funny, and at times unbearably moving, In the Wake takes on terrible tragedy as one man begins to reconnect with the natural world--at times our only source of solace when we've been left to survive in the wake.


Praise For In the Wake…

"In the Wake is, among other things, a story about literature itself, about its power to illuminate grief and inspire resilience. In In the Wake Mr. Petterson demonstrates, through his own commanding art, the solace of the written word as well as the necessity of human connection. It is understandable why European readers have long admired his work."--THE NEW YORK TIMES"A profound novel. Masterfully written . . . this novel is both timely and timeless. A beautifully enlightening treatise on grief and identity disguised as a novel. Highly recommended."--Library Journal

Per Petterson was a librarian and bookseller before publishing his first work, a volume of short stories, in 1987. Since then, his novels have established him as one of Norway's outstanding novelists. This is his first novel to be published in the United States.
Loading...
or
Not Currently Available for Direct Purchase