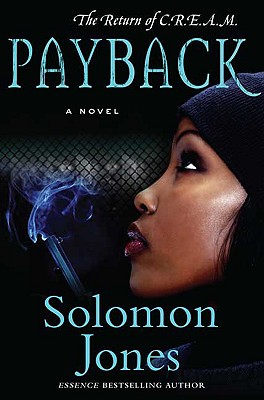 Karima "C.R.E.A.M." Thomas stands before a judge as an accomplice in the murders of two drug dealers. Suddenly, a scream tears through the courtroom, and when the smoke clears, her mother lies dying on the floor. Soon, others in Karima’s family are targeted, and one thing becomes clear: Unless she finds the killer first, Karima will be the next to die. With the help of Captain Kevin Lynch, Karima races to untangle a web of family secrets that threaten her very life. As she unlocks the shocking truth about her past, Karima closes in on the killer, and in a deadly struggle against an enemy as ruthless as herself, Karima is determined to get one thing – payback.

Solomon Jones is the "Essence" bestselling author of the critically acclaimed novels "C.R.E.A.M., The Bridge, Ride or Die, "and "Pipe Dream," and the short story collection "Keeping Up With The Jones." He is a columnist for the Philadelphia Daily News, and a spoken-word artist whose debut CD is titled Wisdom. Jones teaches creative writing at Temple University. He lives in Philadelphia with his family, and is currently at work on his next novel.
Loading...
or
Not Currently Available for Direct Purchase